PENNY POSTAGE: It's good to write

The uniform postage rate of one penny, introduced in January 1840, has been a huge success. A total of 168 million letters had been posted in 1840 compared to a mere 76 million in 1839. The postal reform is the brainchild of Rowland Hill who argued that pre-paid postage would dramatically cut the cost of conveying a letter. His idea to use a specially designed adhesive label to pre-pay the postage has proved to be a stroke of genius. Prior to the introduction of the reform, letters which were not pre-paid had to be personally delivered to collect the postage. The letter carriers sometimes had to make several calls until they could deliver the letter and collect the money, which was a waste of time. The production of the huge numbers of the adhesive labels required has been made possible by the developments in the British printing and machinery industry.

A dramatic change had occurred in men's fashion, as men put on the black suit as their uniform. Black has become the favoured colour for all urban gentlemen, respectable professionals, shop clerks, and even artists and writers. Fabrics in black or dark tweeds for suits and overcoats are now favoured and the lines of the clothing are simple and stark. Pants can be checked or striped but fabric tones are subdued. Hats with unadorned lines complete a picture of business-like sobriety and no-nonsense severity.

In September 1840, W.H. Fox Talbot discovered the phenomenon of the latent image. It is said that this was a chance discovery, when he attempted to re-sensitize some paper which had failed to work in previous experiments; as the chemical was applied, an image, previously invisible, began to appear. This major breakthrough led to drastically lowered exposure times - from one hour or so to 1-3 minutes. Talbot called the improved version the calotype. He patented his invention on 8 February 1841 and asked large sums of money for the rights to use his process. This move played into the hands of M. Daguerre, the inventor of the popular daguerreotype process. 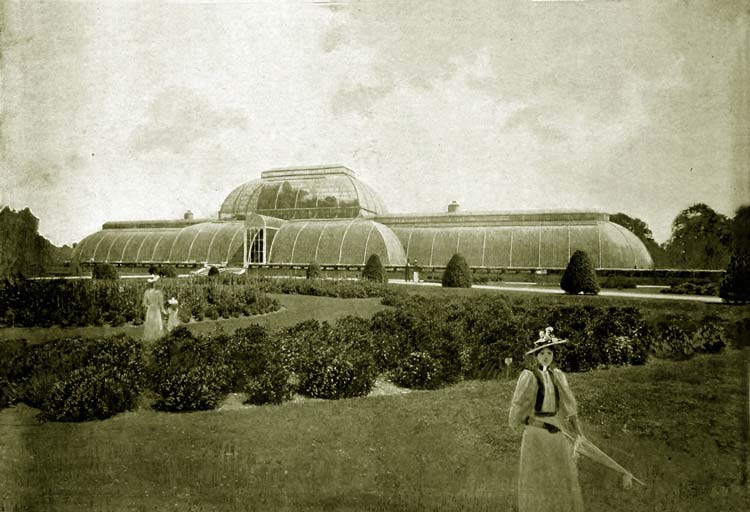 After the death of Sir Joseph Banks in 1820, the gardens slowly fell into a state of disrepair and were threatened with destruction. The new director, William Jackson Hooker, has pledged to develop the gardens into a centre of botanical research while allowing the public the opportunity to visit this magnificent Royal pleasure garden.